The symposium will be held at the Embassy Suites on October 24, 2022.

Thanks to our sponsors:

Organized by the local sections of:

The Rio Grande Symposium on Advanced Materials (RGSAM) is a general technical meeting of materials researchers in the Rio Grande geographic region. It is an outgrowth of the Joint Technical Meetings of the New Mexico Section of the American Ceramic Society and the New Mexico Section of the Materials Research Society initiated in 1989. These meetings, sub-titled “Ceramics and Advanced Materials: Symposia and Poster Session,” proved to be quite popular among materials researchers in the Rio Grande geographic region. Attendance typically ranged between 75 and 150 people presenting 30 to 50 presentations, which were frequently used as a local warm-up for national meetings. An important aspect of this symposium is that it has been, and continues to be a venue for presentations by students from regional universities. In 1997, the Albuquerque Chapter of ASM International joined with the NM Section of the American Ceramics Society to host the meeting which began its new name, “The Rio Grande Regional Symposium on Advanced Materials.” Reflecting the multidisciplinary nature of materials research presented at RGSAM, other societies soon joined to host the symposium. The New Mexico Chapter of the American Vacuum Society organized the RGSAM in 2013, followed by the Central New Mexico Local Section of the American Chemical Society in 2015. In 2018, the Albuquerque Chapter of ASM organized. This meeting hopes to reach out to a broad base of support among local materials societies and will be a focal point for the exchange of technical information in the Rio Grande geographic region well into the 21st century. 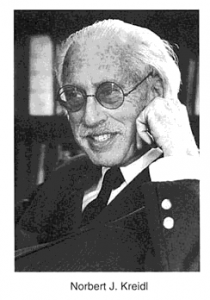 At the core of this meeting is the Kreidl Memorial Lecture, honoring the career achievements of Norbert Kreidl, a remarkable and indefatigable glass scientist who spent his final years as a consultant based in Santa Fe, New Mexico. The Kreidl Lecture has featured several prominent ceramists and glass scientists. 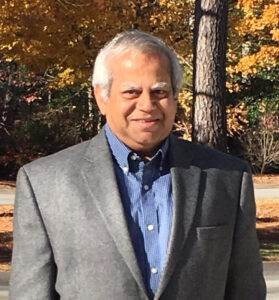 Our current research is focused on developing processing strategies to control the microstructure of ceramics at different length scales. One of the focal areas porous ceramics produced by controlled sintering of powder compacts. Many of the applications of porous ceramics demand optimization of a multitude of properties some of which have conflicting requirements on the microstructure.  Materials with designed anisotropic and/or hierarchical microstructures have the potential to optimally address the requirements.

We will first present a broad overview of the use of porous ceramics in advanced energy conversion and storage applications including the property requirements.  Next, we will present results from our collaborative projects focused on microstructural control in hierarchical and/or anisotropic porous ceramics.  Porous ceramics are used in a broad range of technologies of interest to energy conversion and storage including electrochemical applications like electrodes for solid oxide fuel cells, high temperature insulators, thermal energy storage and electrochemical energy storage.  In these applications, a multitude of properties are of interest.  For specific applications, a subset of mechanical, thermal, electrical and ionic conductivity, gas diffusion and chemical reactivity need to be optimized.  In this presentation, results will be presented on the processing approaches to make these designed microstructures, the quantification of the 3D microstructure at different length scales and simulations to design optimal microstructures for specific applications including electrodes for solid oxide fuel cells and electrolysis cells, and Li-ion batteries

Professor Rajendra Bordia is the George J. Bishop, III Professor of Materials Science and Engineering at Clemson University in Clemson, SC, USA.  He is also the Scientific Director of Materials Assembly and Design Excellence in South Carolina (MADE in SC) – an NSF funded EPSCoR Track I Research Infrastructure Improvement Award. From 2013 to February 2019, he was the Chair of his Department.  He was a faculty member at the University of Washington (1991-2013) and a Research Scientist in DuPont Co. (1986 to 1991). He received his B.Tech from IIT, Kanpur, India (1979), and his M.S. (1981) and Ph.D. (1986) from Cornell University, Ithaca, NY, USA.

His research is at the intersection of materials and mechanics and is focused on fundamental and applied studies in the processing and properties of complex material systems for energy, extreme environment and medical applications.  He has authored or co-authored over 170 peer-reviewed technical publications.